August was an unusual month for Sunbeam, as about ten (10) of those days Dude and I were off in the RL grid on summer vacation. August was a lonely month as many other virtual friends also take off into the RL and are greatly missed.  Well, let me tell you when Sun returned to her world, she made up for lost time and went to a dozen or so concerts and music events, whoa slow down girly!!!  Sunbeam’s partying even went to the extreme of dancing in her birthday suit, baring it all at Hedonism, Refuge Grid. 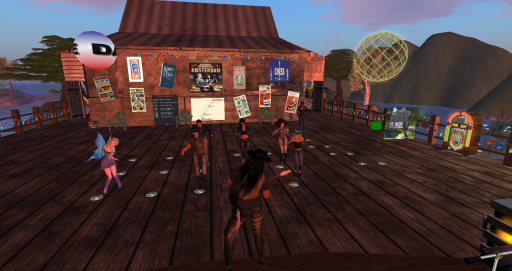 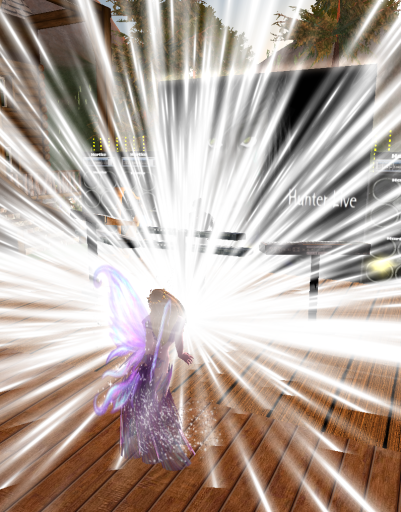 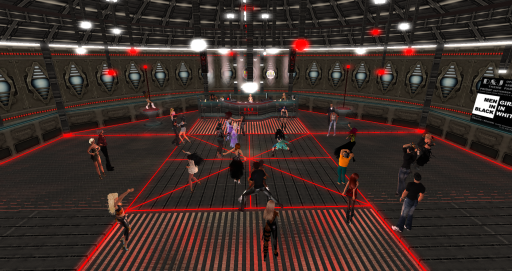 Sun got herself a couple new outfits: one from the returned and beloved Linda Kellie Free templates, a mesh mini dress. Her second new outfit was a gift from the Guest Writer, Linda Diva (in Augusts’s VISIONZ magazine issue).  Her third new outfit was gifted by Shannan Albright, called Fantasia.  Sun felt so behind and was in such a hurry to publish on time, she made a real boo-boo adding the wrong picture set to the wrong article, (oops and ugh!) but all in all the magazine was well received.  Sunbeam is truly a blessed fairy with so many kind and giving friends. 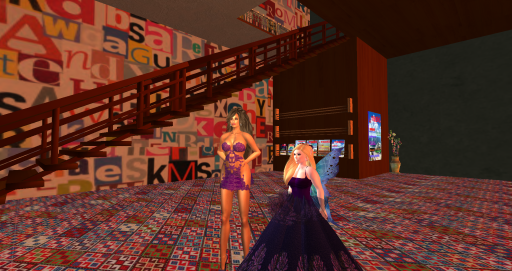 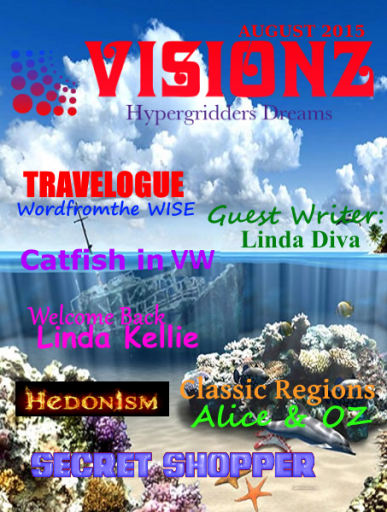 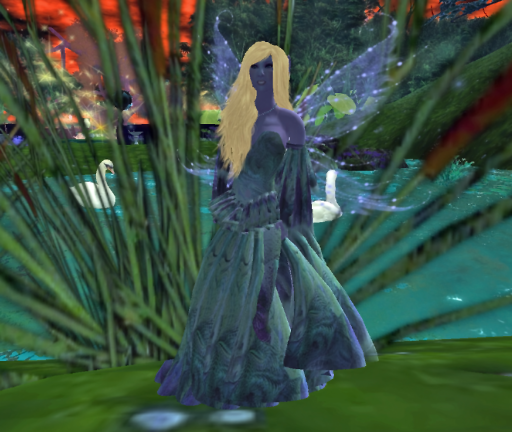 Sun got right to work on her HG Story, Scene Five (with Nara’s Nook grid), and Sun attended a most informative NPC seminar put on by Nara Malone. I think even though she was totally overwhelmed,  a few things did penetrated her virtual brain and my old real life brain.  Giggles.  She is such a lucky little Fairy having Fred Beckhusen work with her on her Scene Five portion of the HG Story.  He has spent hours and hours patiently teaching her how to do animations and make her NPC’s walk, talk and come to life! 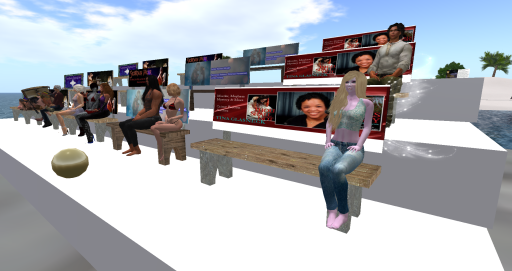 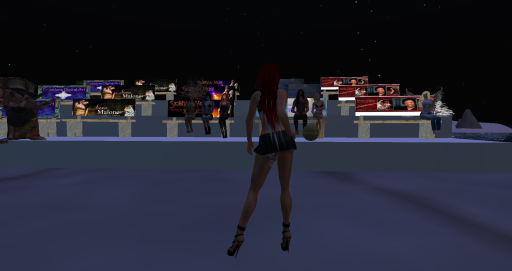 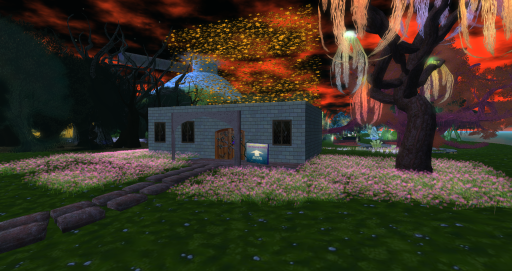 Sun made sure to check all her scripts and teleporters on AAcme City and at her FREEBIE store after the great move to a new servers hosting company (Great Canadian Grid).  She also visited her friends Kat and Lion Ewry’s new regions on GCG kayaking around and visited her friend, Kamira Sirnah’s completed Bath House and Temples.  Wowsa to both regions’ fanastic look!  She also went to the Drum Circle and the Market Day weekly events on the GCG The River Lands. There she learned how to gather essentials and bake bread.  Time permitting Sunbeam is planning on engaging in Role Play with tRL perhaps starting sometime in January 2016.  Smiles. 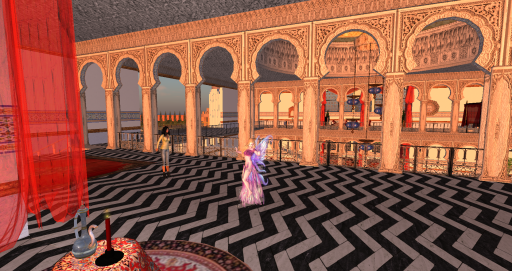 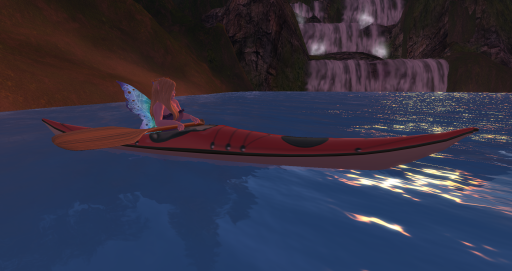 Well my fellow virtual world adventurers, I believe we have inundated you with plenty of pictures and chat reliving the month of August through Sunbeam’s eyes.  ♥As always my valued friends and soon to be friends, Step in Sunshine! ♥

Second Life Endowment for the Arts