April was such a busy month on the RL Grid I for one am glad we have moved into the month of May!   AAcme City is now completely moved  on to a 3×3 var region on the Great Canadian Grid and Sunbeam has acquired two Fantasy regions (works in progress).  One called ‘Enchanted Village, Hidden Glen’ on the Tangle Grid and one called Fairytopia @ SV-66 on the SimValley Grid. More on those next post.

When not imagining great things that we should be creating and trying to create them,  then I’m  running around the Hypergrid space systems delighting in the awesome builds popping up like magic all over the place.   It’s gonna take forever and a day to see all the glorious things the metaverse has to offer.

Finally made it to a group tour (with Metaverse Tour) and got a couple snapshots.  Sunbeam always plan to go to these event, but somehow time slips away from me all too quickly. Next thing I know its the next day after and I missed everything I wanted to atttend.  Sometimes, like this week I was off running some errands that took twice as long as I believed and ~poof~ missed another tour.  Was really disappointed I missed the new WIP show put on by Serene Jewell and Selby Evans, hope to make it next time.  Sure wish someone would invent a ‘time travel’ code so I could pop back in the metaverse and rewind to any missed events.

After promising TeslaCoyel for weeks and trying in vain to HG to his home grid, the Atek Grid, Steam Punk City Sunbeam finally made it albeit without hair, skirt or shoes. I loved the City and the big ships and the imagination used to create the most wondrous metaverse Steampunk space.  Got myself a Landmark and plan to roam around again soon. 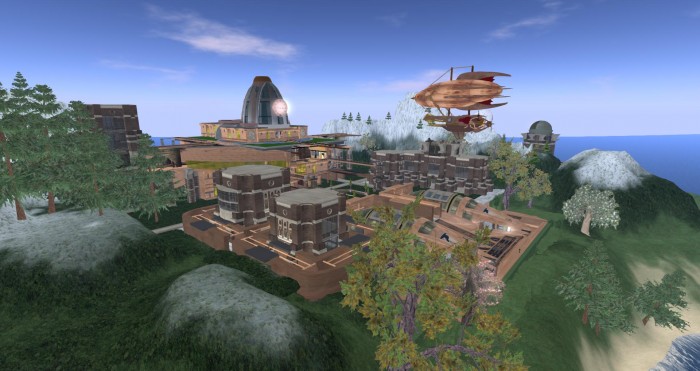 Stopped by to see my long time friend Peter Veliz (IamSambard Kingdom Brunel) who is very active on the Tangle Grid with Expo’s and his own region> Brunel Isle of Steam and the Brunel Museum of Steam. You have got to see his amazing steam engines and vehicles. Some of Peter’s items are built as exact duplicates (1/3 scale) of actual products on the rl grid.   A little birdie told me he does rl models of steam wonders and may put up a website soon.  Gosh, it’s been five or six years I’ve loved and admired Peter’s work and his sweet disposition.  I was thrilled to connect with Peter again after about a year or two since we last interacted.  Quite the family affair, his daughter, wife, niece, sisters (??? who knows who all else) have joined Peter in his favorite past-time torturing prims. 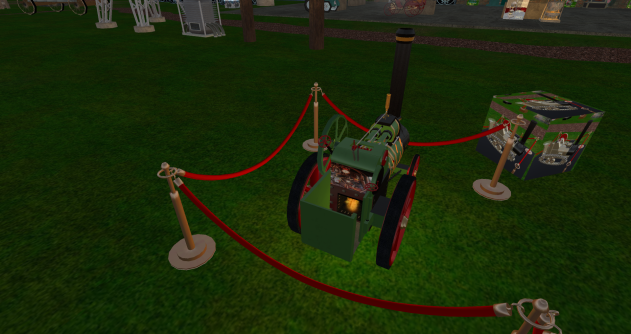 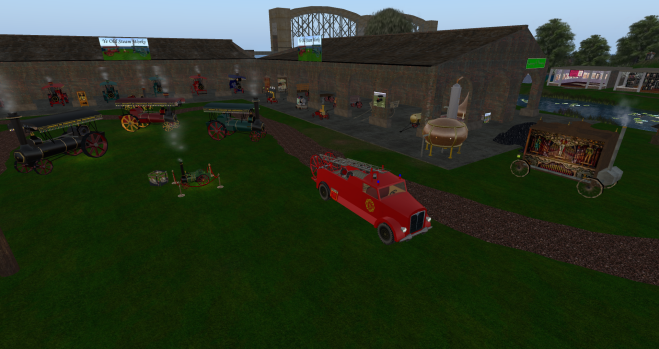 Of all the tours Sun missed we were totally thrilled to be part of the group that traveled over to the Tomb Raiders region on (grid.kitely.com:8002:Tomb Rider , temporarily on display hosted by Min Tigerpaw) created by the most talented artist Avia Bonne (Avia 3D Designs). Since it’s one of my favorite places to roam and get inspired I was excited to see it once again!  If you’re a lover of all things fantasy or you want to pretend you are Lara Croft herself then  jump on over and experience the thrill and joy of this very special region. 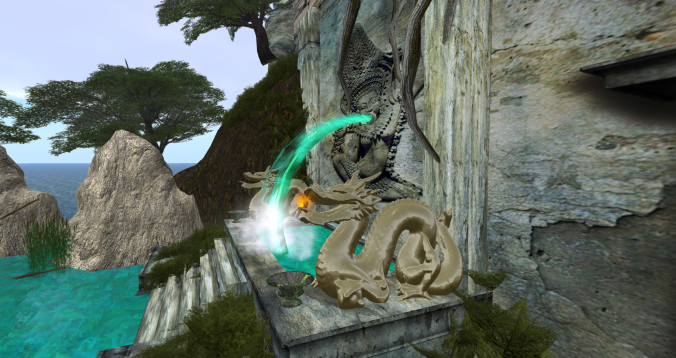 One early morning Sun popped into the Tangle Grid (residents mostly European time visits) and attended the ‘Meet and Greet’ with Isambard Kingdom Brunel.  Hooked up with my disco buddies Gary Kling and Leslie Kling and ended up with a second location for my  ‘Blogz R US’ (see separate page this Blog coming soon). Was amazed they still had the fantasy oar from the old Olantica grid where I had designed a fantasy region a couple years back.  Its was great to see Sarah Fairport, a very dear girl and true friend, and meet some new folks that call Tangle grid their home.  Sunbeam felt so welcomed! 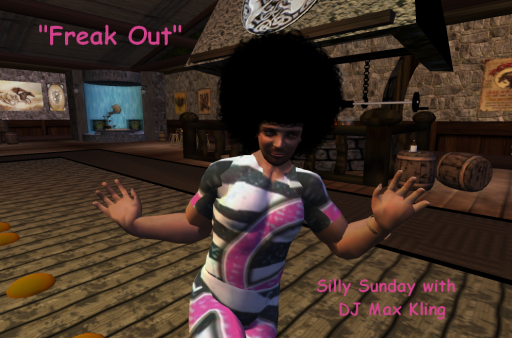 The month of April has always been a lucky month for me as my previous blog stated  Sun attended an impromptu Dance Party at the Welcome center on Great Candian Grid (with awesome DJ Stormy Nights) and entered a Lotto drawing.  We walked away with $1,000 Maples WOOOT Hooooooooooooooo! New hair!

AAcme and I purchased a 3×3 var region to accomodate the growth and imagination we have for AAcme City’s future.  On 4/20 (yep I said 420… puff puff pass) our var was erected and on 4/27 our OARs were uploaded.  Well it did take two times for the OARs to come in correctly… but we couldn’t be happier with the new lands where we’ll now have a country area and forests surrounding our urban fantasy AAcme City.  Feel free to hop on the next ship heading our way and fly around to see all the improvements  coming soon. 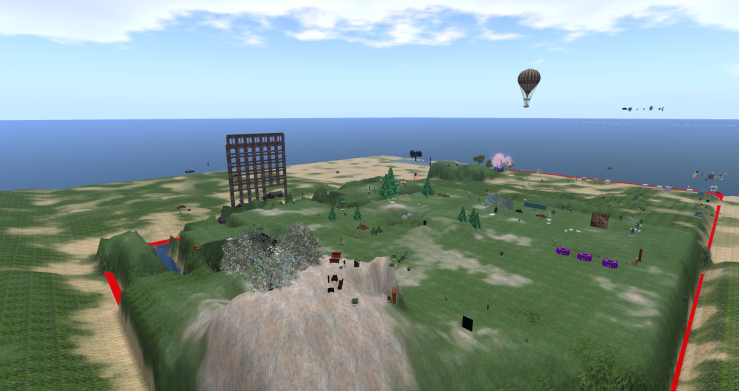 This should keep us busy for a long long time! Forests, ranches, farms, warehouse district, harbour, and underground sewage maze to cover 9 regions space.  Oh me oh my what have we got ourselves into AAcme! 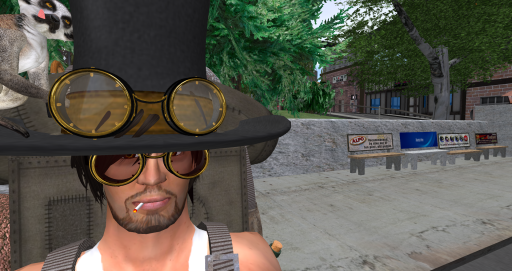 Our first visitor in new lands.

Who also likes to read the new magazine hitting news stand through the Metaverse, VISIONZ.  Just a little side hobby  pulbished by Sunbeam Magic and her heartsis’ Minethere Always all about Hypergridders Dreams.  Shawn is reading March’s issue.  April’s issue of  VISIONZ is out now (Morning Coffee Shop on Hobo Park GCG and don’t forget to look for May’s issue coming out around the 24th of May.

Yesterday is but today’s memory, and tomorrow is today’s dream. Kahlil Gibran

Definitely need some Metaverse Magic now! Hope you enjoyed my tales of Sun’s  Magical virtual times in the Metaverse.

Shining a Light on Virtual Art

The Good, The Bad and The MacAskill's

You will only find the archives here.

The World of Maya City
StrawberrySingh.com

Inara Pey: Living in a Modemworld